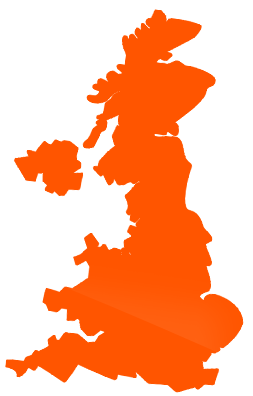 Whatever you think about the recent debates for and against Scottish Nationalism, the referendum on Scottish independence has reignited a conversation we desperately needed to have regarding our regional biases in the UK.

The view has long been held that we, as a nation, place too much emphasis on a small cluster of regions, generally the South East, to the detriment of other areas. These areas, it is argued, act as the ‘economic engines’ of the country, and so deserve more investment. Talent is then sucked in from the rest of the country, justifying further investment, and so on.

I think this pattern also holds true of the UK’s electronics and technology industry. I spent some time this week with an incredibly innovative company in the North East, playing with a technology that literally made my jaw hit the floor. This company is one of dozens in the region that I’ve had contact with over the years that are doing amazing things with tech.

Yet whether people are prepared to admit it, when you say ‘electronics’, I think too many people in the UK still tend to think primarily the Cambridge cluster, the M4 corridor, a few companies in the South West, and Edinburgh.

This attitude is somewhat self-sustaining, and really doesn’t do anyone any favours. The North East has an enormous Process Industry Cluster (NEPIC) that constitutes a third of the region’s industrial output. And what about the massive aerospace technology presence in the North West? The ‘Science City’ in Newcastle? Manchester Science Park? Medical technology in Leeds and Sheffield? And the list of innovative technology companies in The North is endless, and the area boasts some of the top university technology courses in the country. So why isn’t more attention given to it in the press?

The need to further develop the Northern tech clusters, and the unhelpful bias in the popular mindset towards the existing southern tech clusters, is not something that’s gone unnoticed. In a recent report, ‘Silicon Cities: Supporting the development of tech clusters outside London and the South East of England’, the think tank Policy Exchange, has gotten strongly behind this idea of decentralising the UK’s electronics industry, and encouraging greater ‘spread’ of emphasis to the UK’s other major cities. It highlights this with a very cool interactive map (embedded below) showing where some of these clusters can be concentrated.

This is a common sense approach that I’m strongly behind. The UK needs more tech clusters, and to be able to take advantage of native talent. Greater propagation of tech clusters, I believe, will benefit the UK’s economy overall, encouraging local economies and educational drives towards engineering and other electronics-related disciplines. IT will also encourage a healthy degree of competition and co-operation with some of the more ‘entrenched’ clusters.

Now excuse me; I’m just off to Cambridge for the third time this week.

Alex joined Wildfire in 2007. He is renowned for his ability to pick up complex technologies and new industries extremely quickly.